Tong Castle in the 17th Century 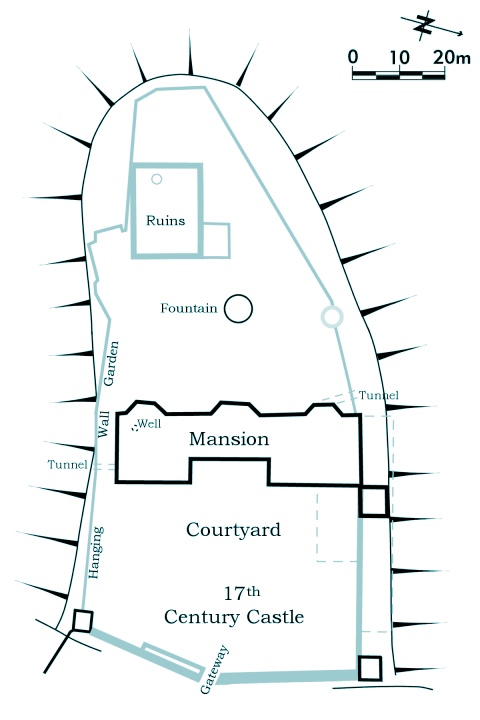 The period of stability during the Lordship of the Vernon Family at Tong, lasted until the outbreak of the Civil War by which time the Manor of Tong had passed to the Hon. William Pierrepont of Thoresby ➚ in Lincolnshire, where he spent all his time during the hostilities. Being a Parliamentarian landowner in a basically Royalist stronghold, resulted in the 16th century Mansion being used for prestigious, rather than practical purposes and accordingly was the centre of two sieges at Tong.

Further, with William Pierrepont being on the Committee of Safety he would have had some measure of influence as to what actually happened to the Mansion during the Civil War ➚ sieges but the only obvious damage was recorded as that to the east Wing and the surrounding buildings. The damage was repaired or rebuilt using a mixture of brickwork and yellow sandstone in a rusticated design of the 17th century.

The main excavated area that showed the extent of the damage was at the lower part of the south east tower and the Underground Chamber, where the tower itself had been demolished and the chamber rebuilt, using brick and sandstone, to the same style as the original, including the 'squint' hole. However, from the material found in the chamber itself it had obviously been used as part of the gardens with plant pot remains and a water trough for dogs found outside the door and a summer house built above the chamber.

The original medieval outer Curtain Wall in the Keep area was 'straightened' out and used to form part of a Hanging Garden, with a less substantial sandstone wall built in areas where the Curtain Wall had been removed completely, having a gravel pathway laid on top of the wall, bordered by sandstone balustrading, with a protruding balcony from which the guests could 'view' the entire length of the south hanging wall garden.

The Keep building and other areas in the Keep were levelled and the excess material put into the remains of the Inner Ditch to finally level it, and a water Fountain was constructed on the edge of the Inner Ditch. The Keep building foundations were re-laid in outline form to turn the 'ruins' into a garden feature and a large pit located and excavated in the Keep courtyard had burnt limestone and copper nails in its fill presumably used during the Keep landscaping.

A further large pit was excavated within the front courtyard, in the approximate position of where the East Wing would have been, but apart from material of the Civil War period being in the pit, it had no obvious use. There was however, no trace of the demolished East Wing inside the wall foundations and this could only be put down to the extensive levelling, even in the Front Courtyard, where the Gateway foundations had been landscaped as a ruin.

The water fountain and hanging garden were part of an overall garden landscaping about the Castle, and the construction of a pool around the promontory to the west, with a gravel trackway below the outer walls from which to walk along the edge of the pool which, along with the Italian style garden to the east of the Mansion, completed the new style of landscaping for the period. 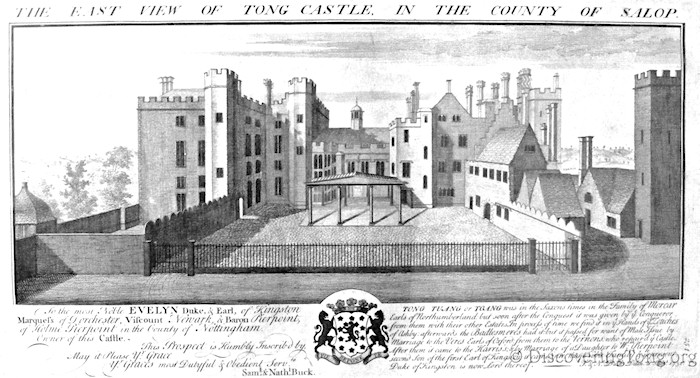